The Navy Lark will be setting sail again in September 2021. Check out the updated tour dates below. Bung Ho!

It’s Sunday, the weekly roast is prepared, and the family is assembled ready to share a tasty home-cooked meal with conversation and some light entertainment on the wireless. This scenario fit’s most people’s memory of The Navy Lark. For the entire run of 17 years, Tommy Reilly’s evocative rendition of the Tradewind Hornpipe heralded 30 minutes of Naval mayhem. The comedy was set in and around Portsmouth and the Solent with occasional forays onto the high seas in a fictional frigate called HMS Troutbridge. The original lead actors included Dennis Price, Leslie Phillips and Jon Pertwee who were described as stars by the BBC announcer in the program’s introduction and end credits. This was a pre-requisite of the production team, so avoiding the idea that it was a one-person show with a supporting cast. It was an ensemble production, with a very strong team spirit and shared goals for the show. Each episode began with the studio announcer making observations about some aspect of life or work, which provided a link to the storyline- albeit tenuous on occasions. 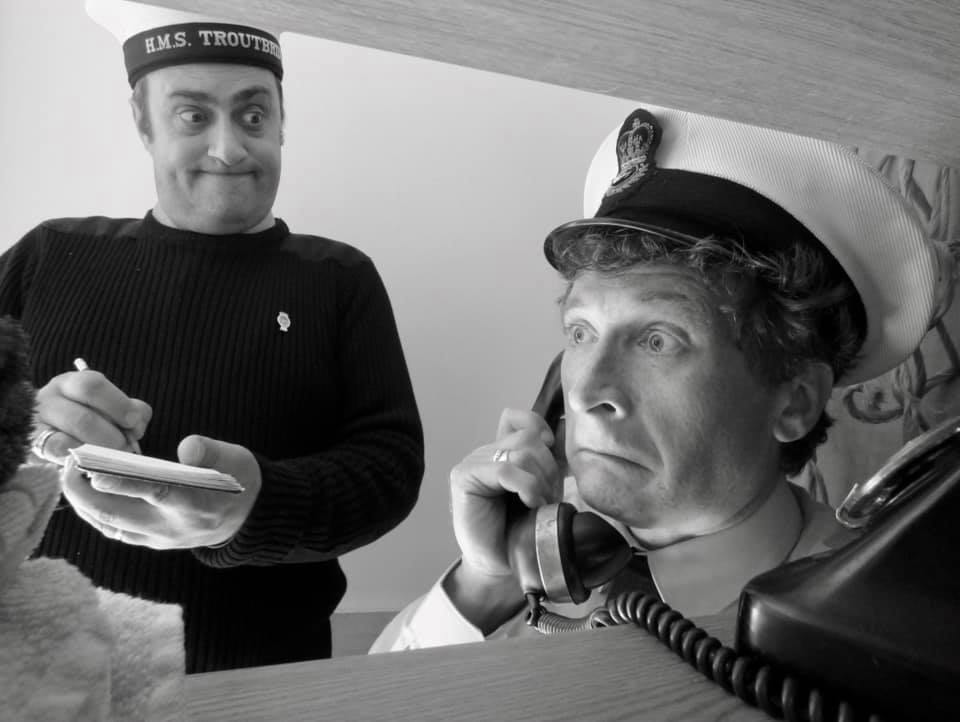 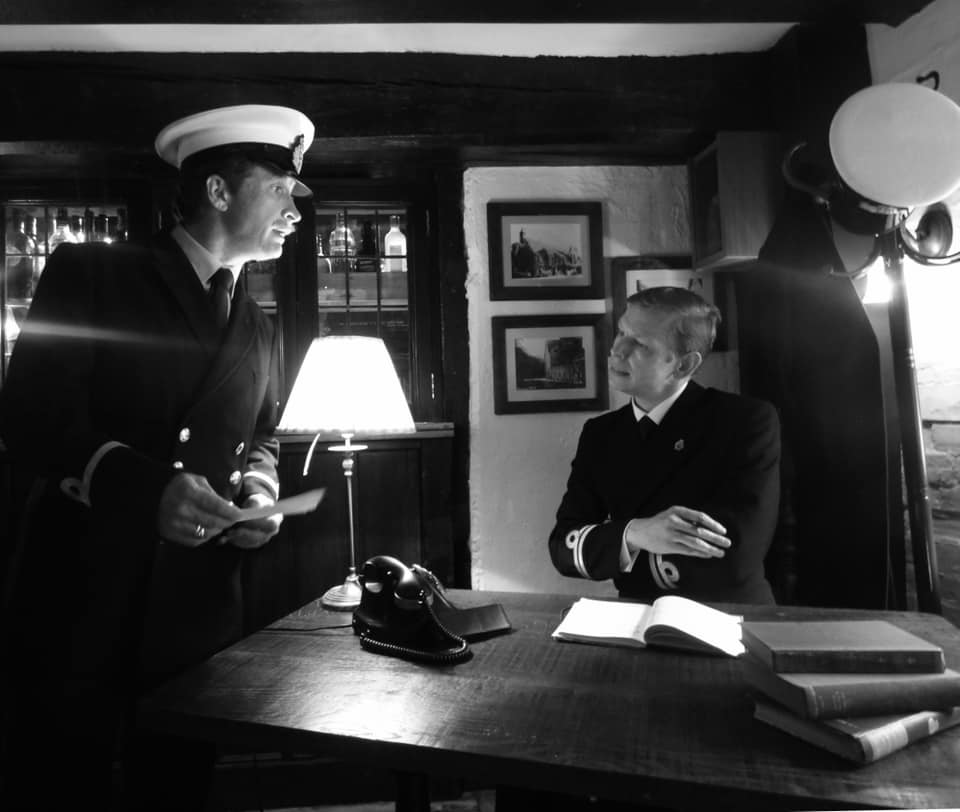 Now over 60 years later Primrose Productions brings you The Navy Lark live on stage for the very first time. With a stellar cast of three – James Hurn is Leslie Phillips and Jon Pertwee, Richard Usher is Dennis Price, Mark Earby is Ronnie Bark and Richard Caldicot. With the wonderful vocal skills of Linda Hargreaves as Heather Chasen. Three classic episodes from season one will be performed live on stage. Check out the tour dates to see when we will be performing near you!

Photos from the tour..

Click on a photo below to see full screen 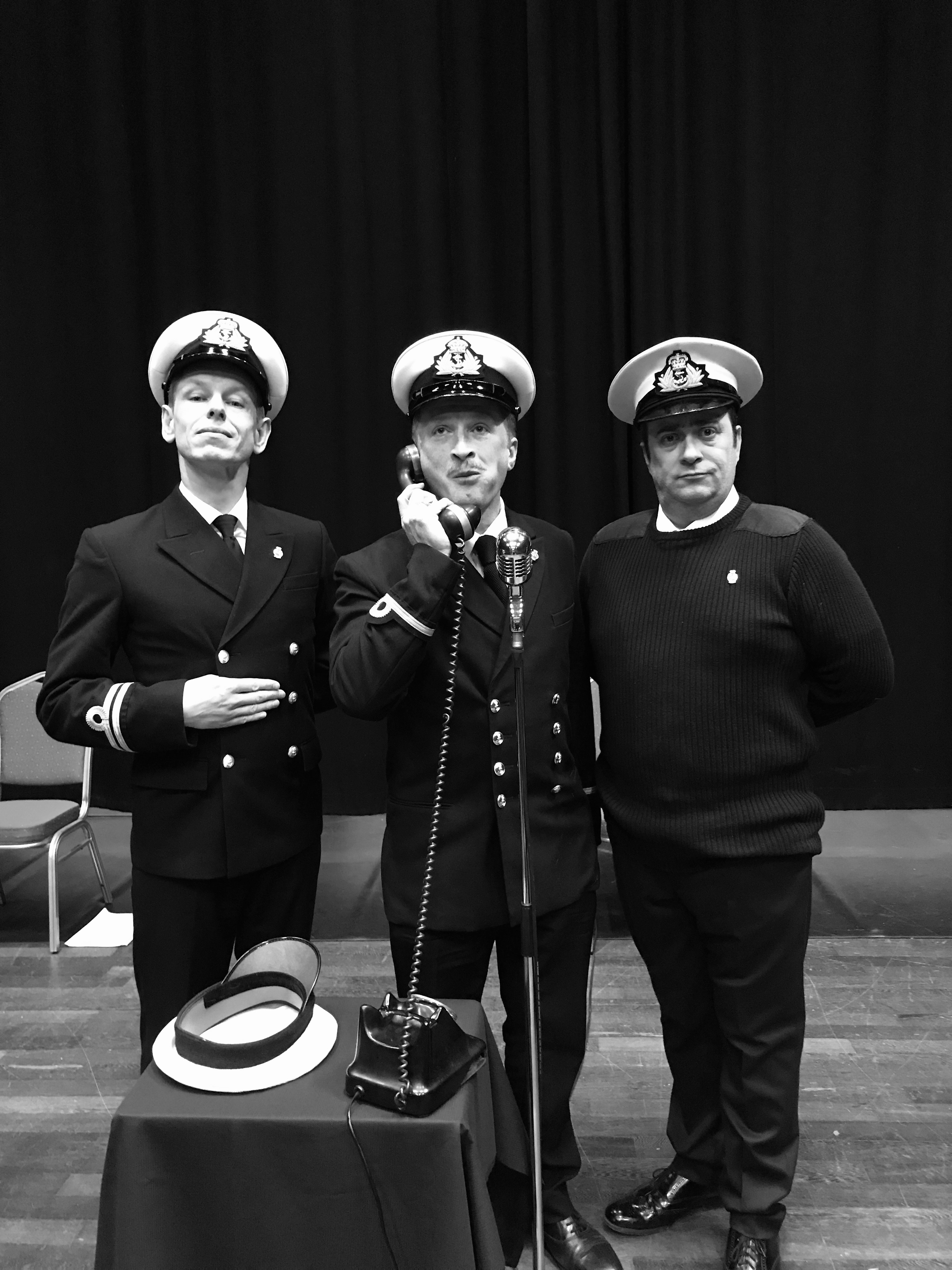 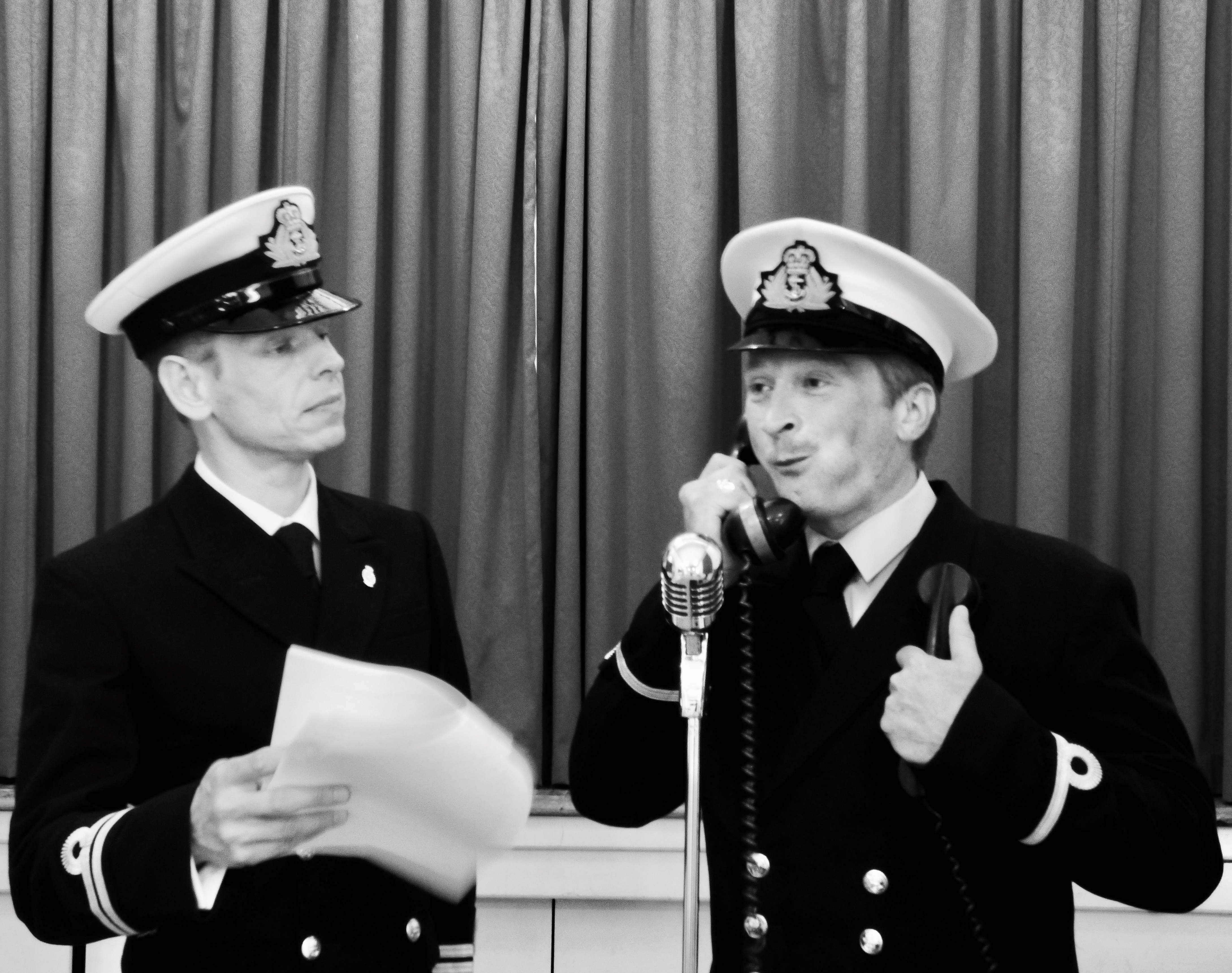 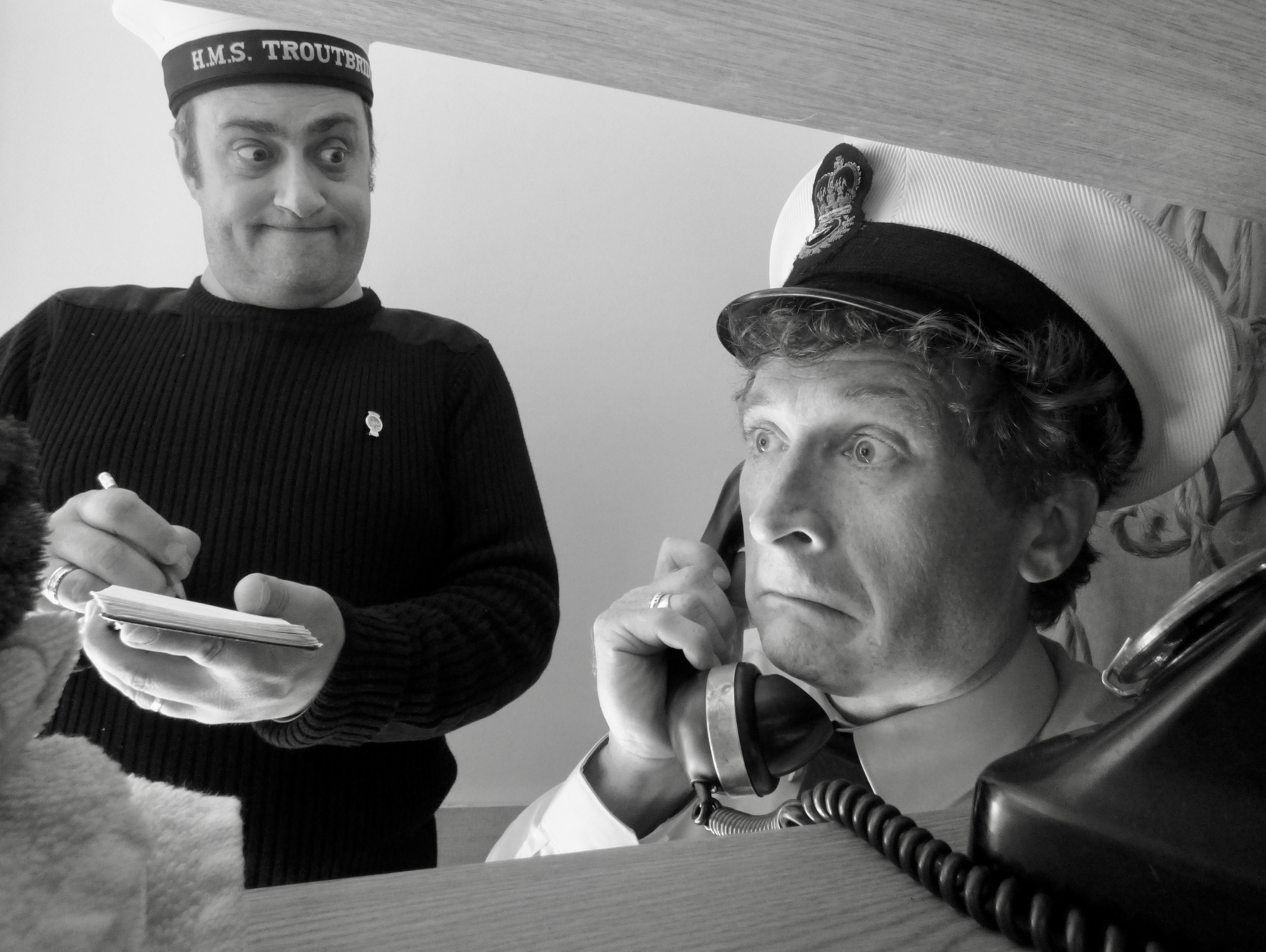 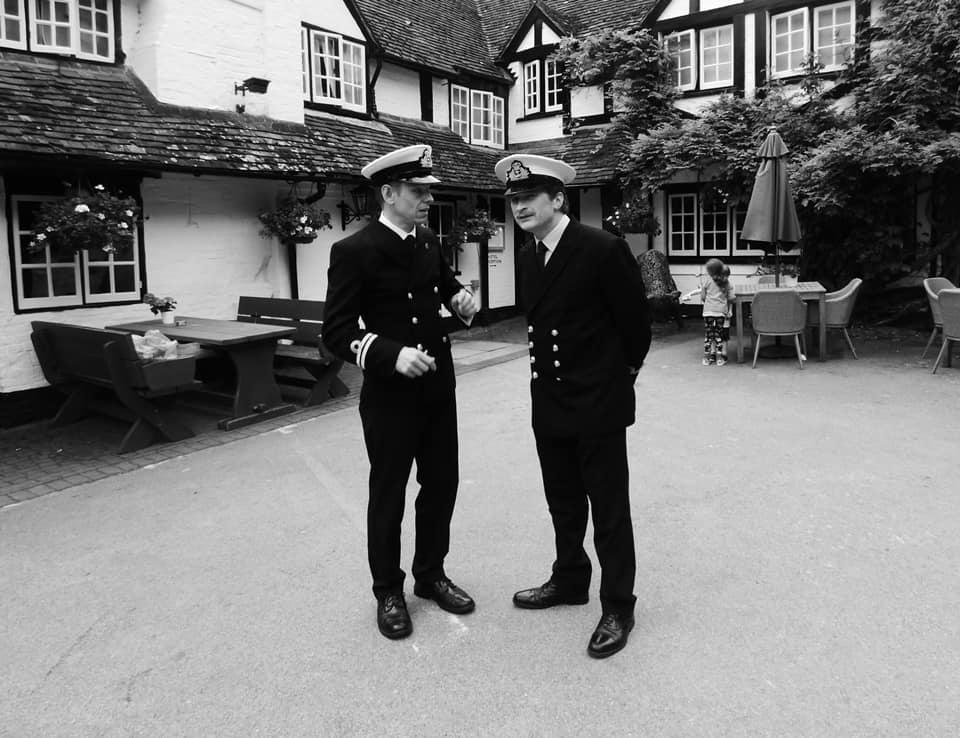 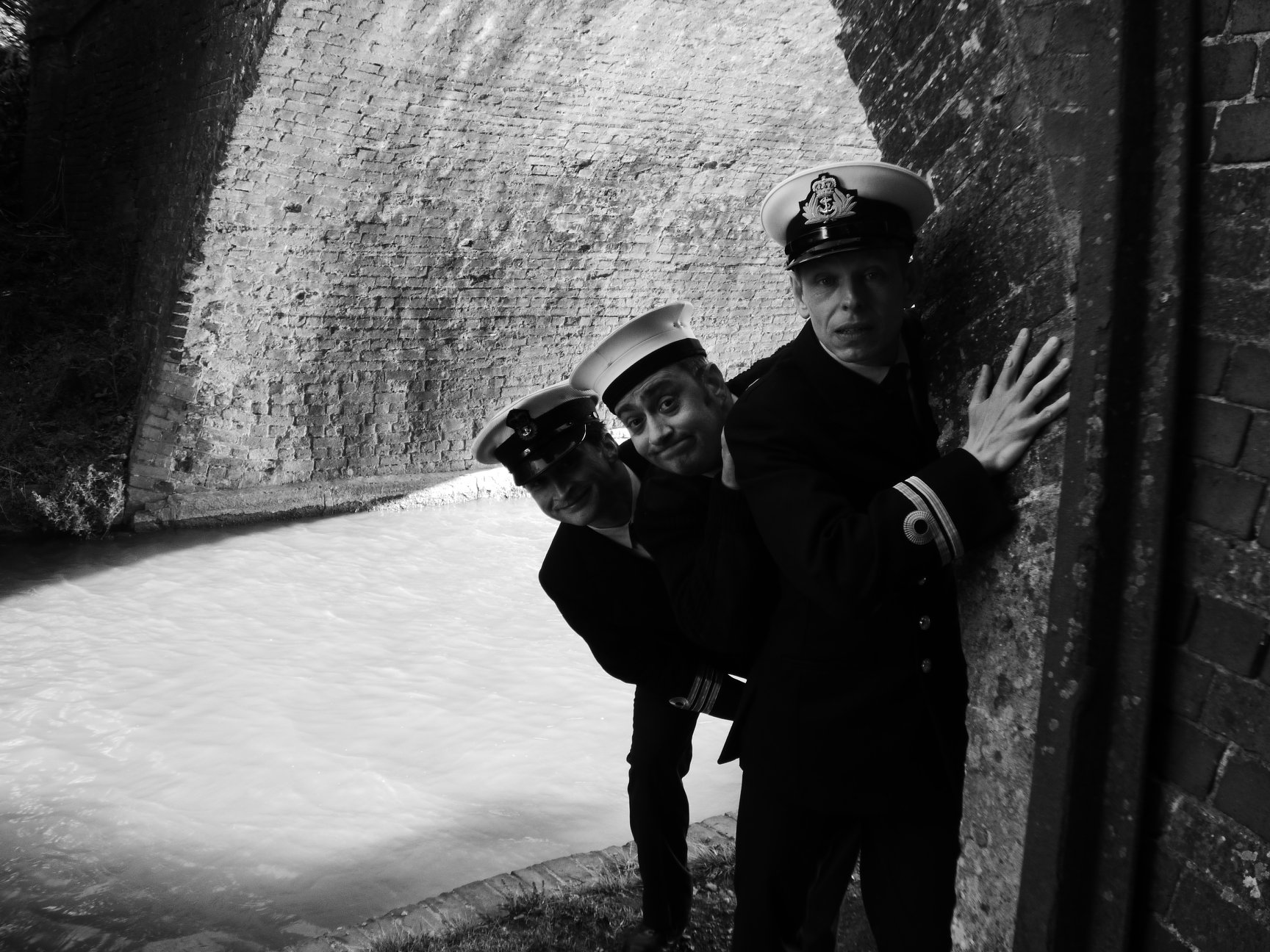 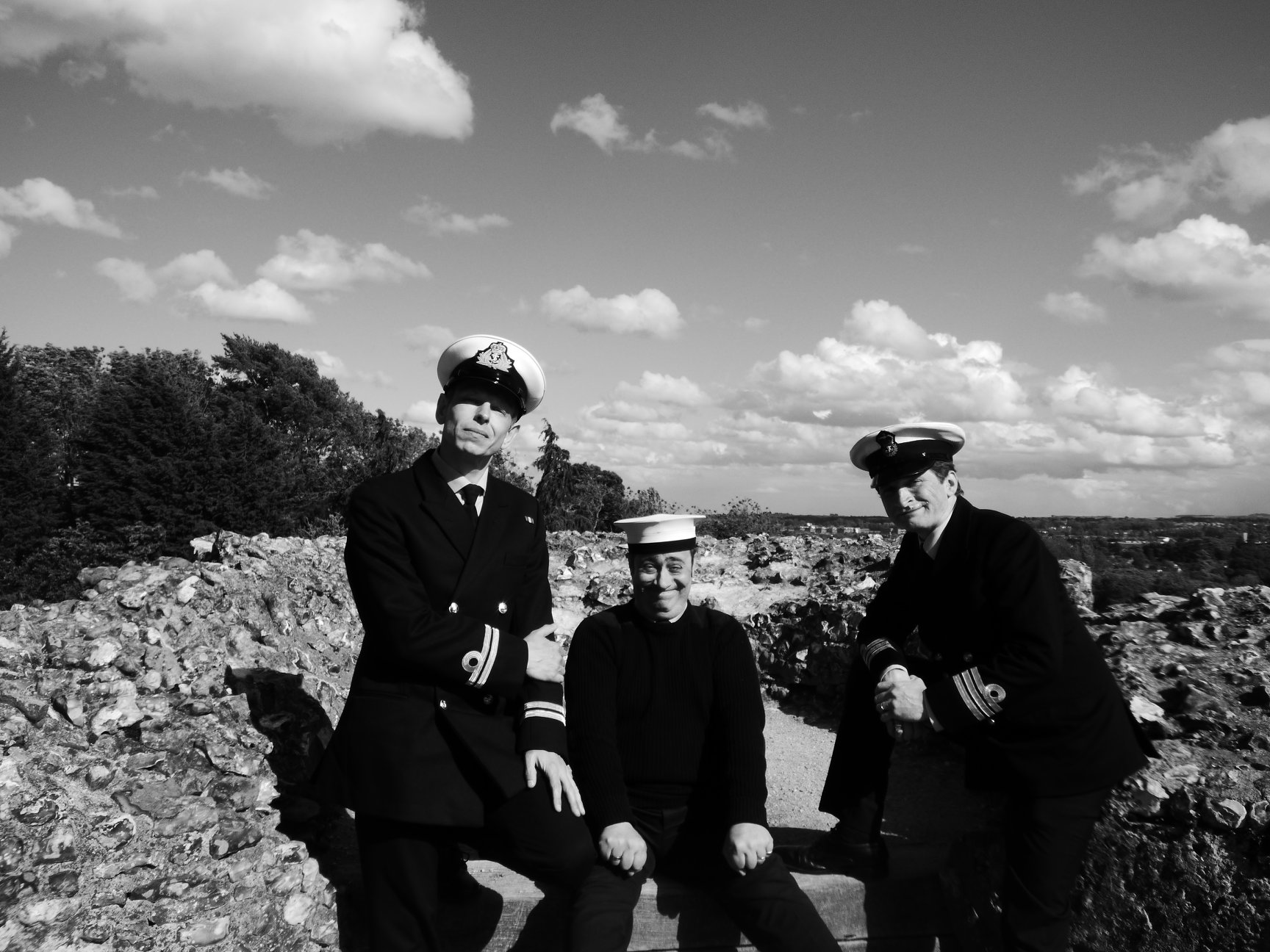 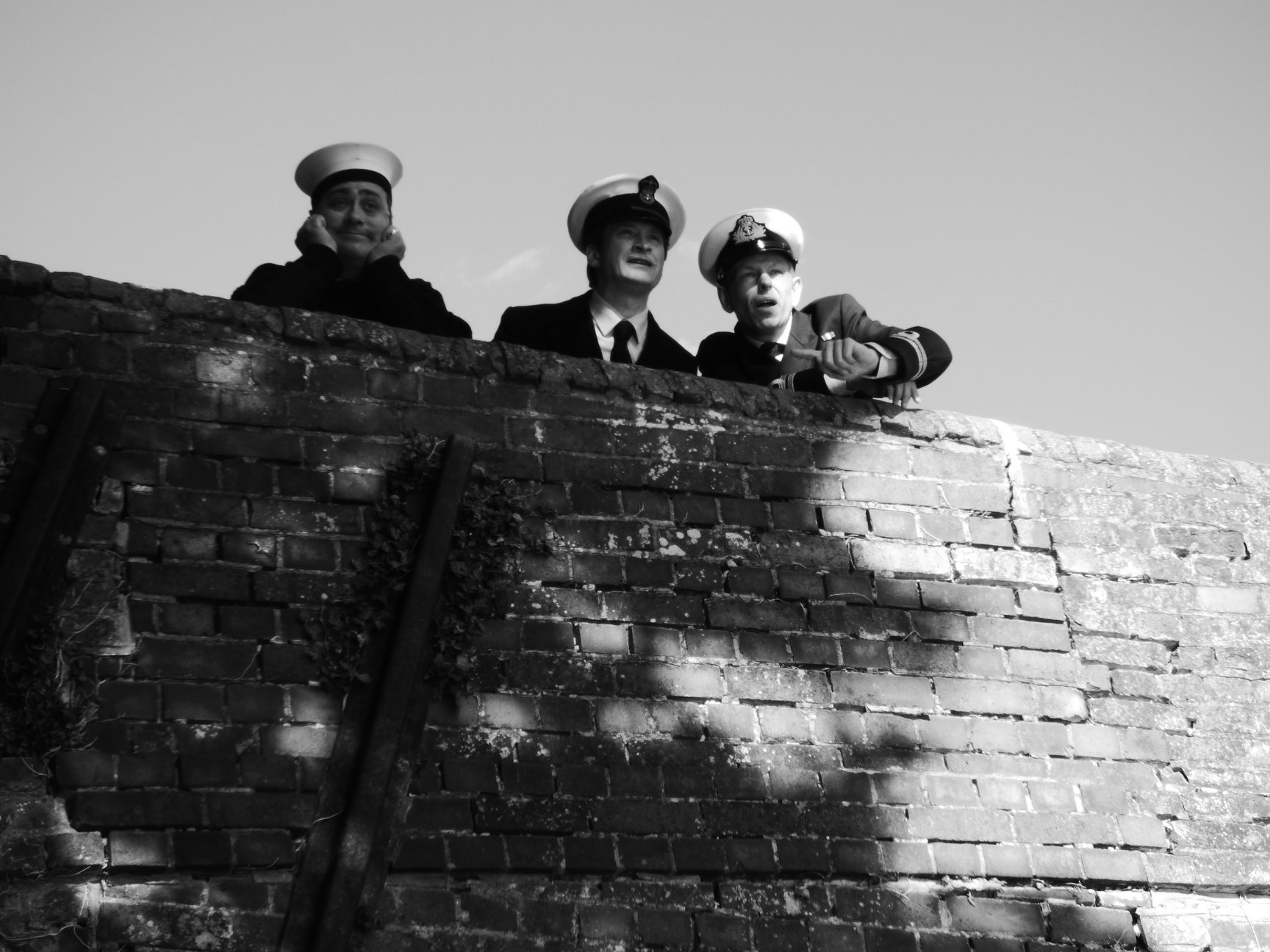 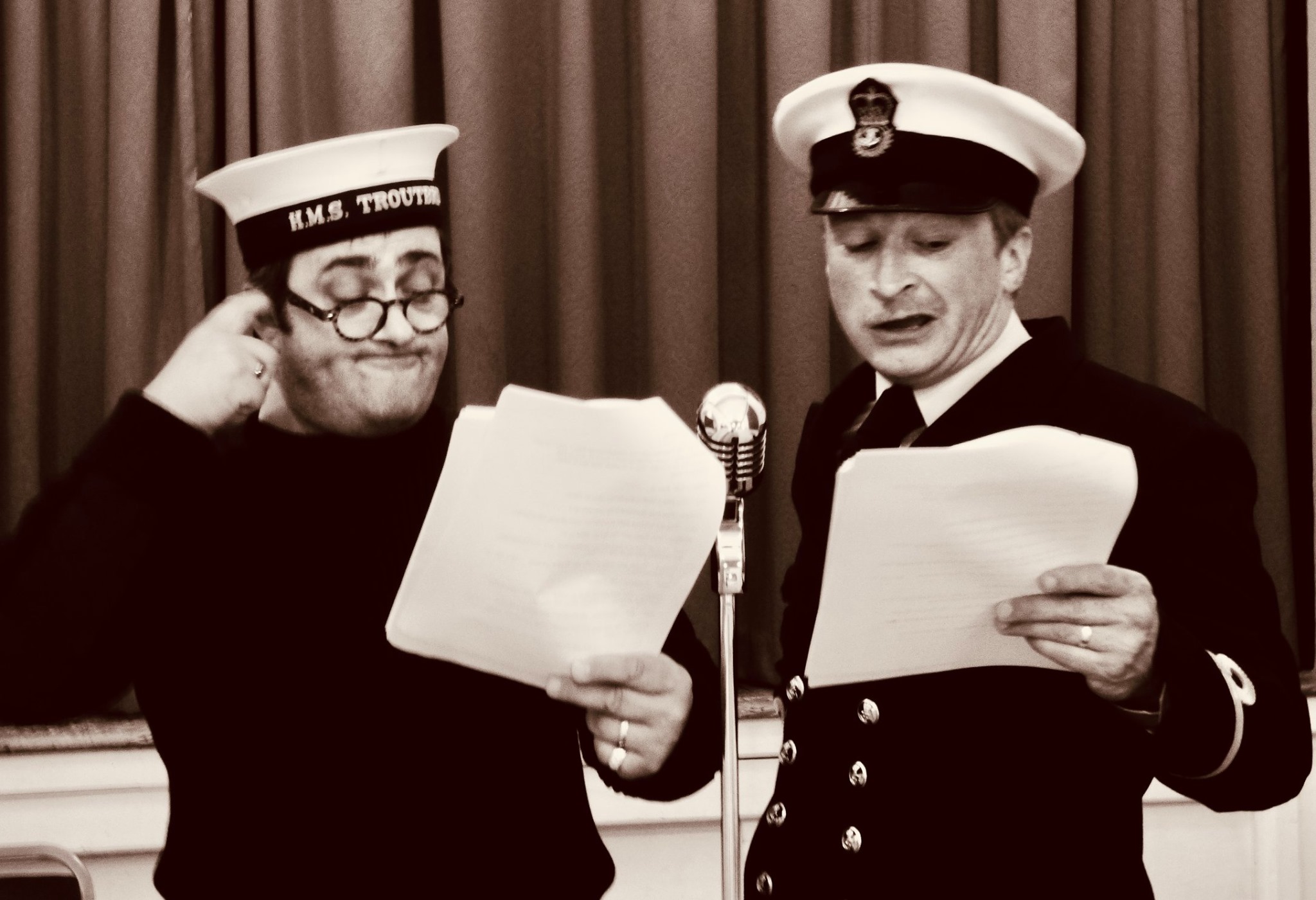 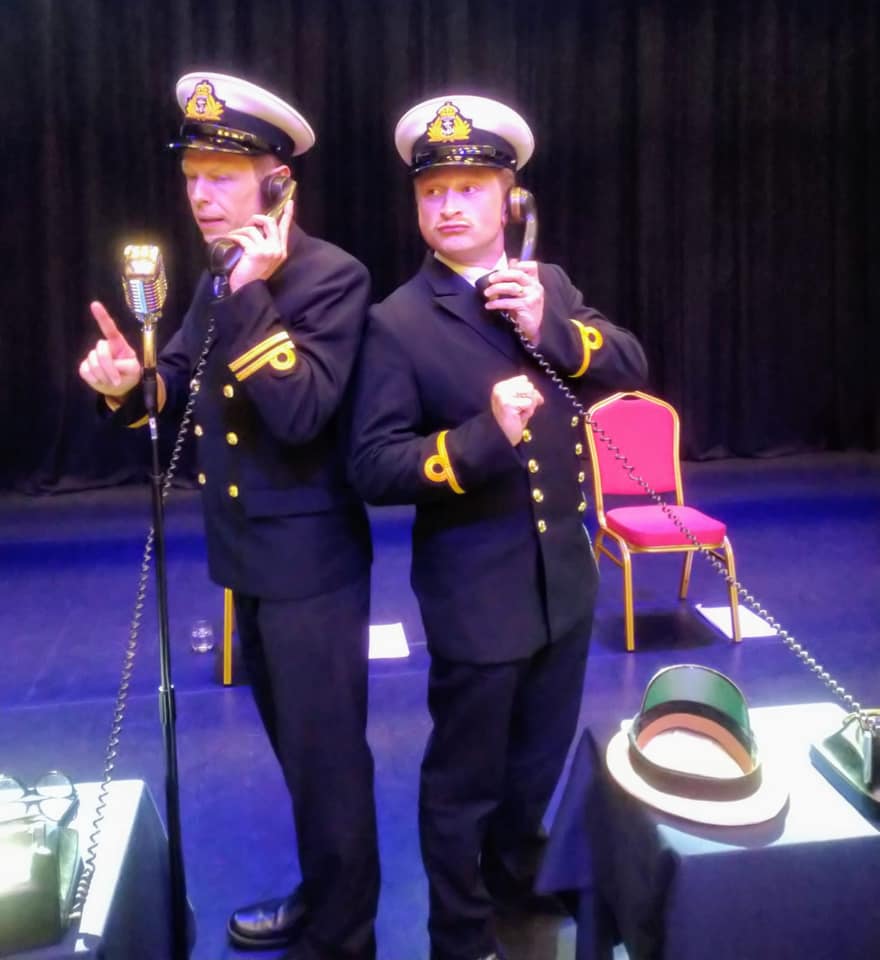 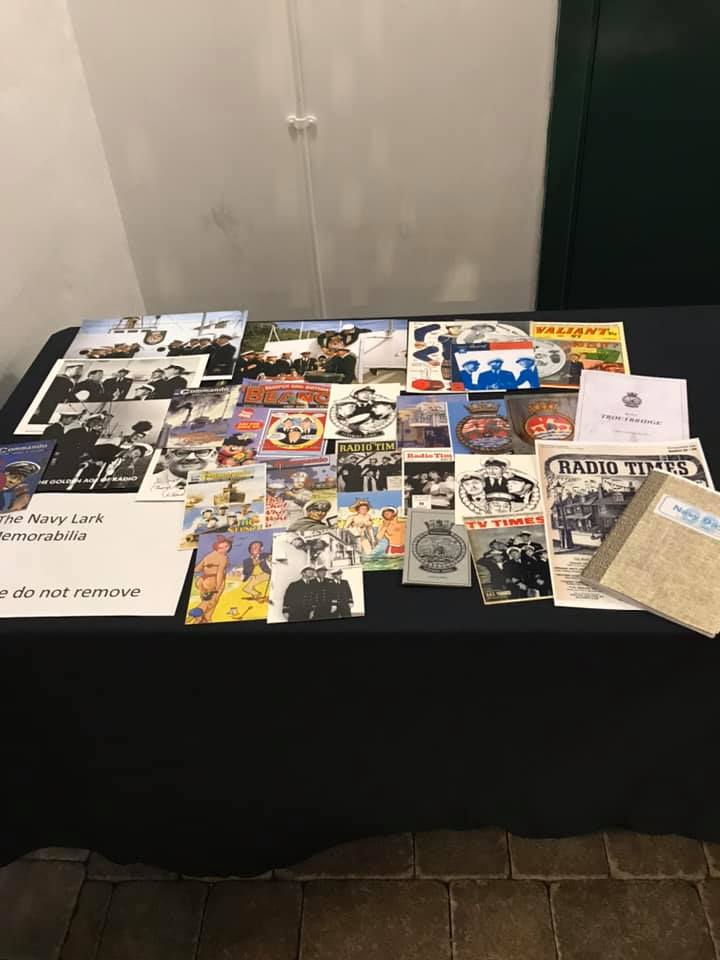 A wonderful review of the Navy Lark from Number 9 Reviews